“Raise up your voice so that the war can be stopped.” 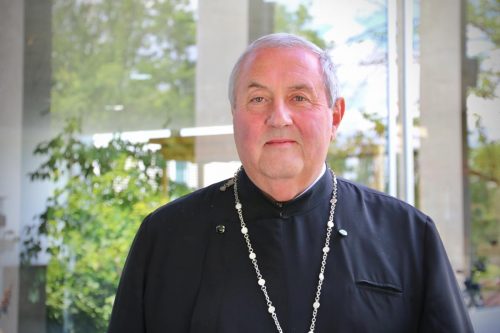 In a letter to Patriarch Kirill of Moscow on 2 March, World Council of Churches acting general secretary Rev. Prof. Dr Ioan Sauca asked the patriarch to mediate so that the war between Russian and Ukraine can be stopped.

“It is with great pain and with a breaking heart that I am writing to Your Holiness,” wrote Sauca.  “The tragic situation of the war in Ukraine has brought tremendous suffering and loss of lives.”

Many of our brothers and sisters had to leave their homes—including the elderly, women, and children—to save their lives, Sauca noted.  “The whole world is watching with deep concern and seeks a sign of hope for a peaceful solution.”

Sauca said he receives letters every day from different parts of the world asking him to approach Patriarch Kirill to mediate so that the war can be stopped and the suffering ended.  “In these times of hopelessness, many look to you as the one who could bring a sign of hope for a peaceful solution,” wrote Sauca.  “I write to Your Holiness as acting general secretary of the WCC but also as an Orthodox priest. Please, raise up your voice and speak on behalf of the suffering brothers and sisters, most of whom are also faithful members of our Orthodox Church.”

Western Christians celebrate 2 March as Ash Wednesday, the day of repentance as the beginning of Lent.  Orthodox churches will celebrate 6 March as the Sunday of Forgiveness to mark the beginning of Lent on 7 March.  “These powerful moments in our liturgical calendars call us to repentance, peace and reconciliation,” wrote Sauca.  “While celebrating these spiritual moments, with filial respect and consideration I write to Your Holiness to intervene and mediate with the authorities to stop this war, the bloodshed and the suffering, and to make efforts to bring peace through dialogue and negotiations.”

The following is the full letter to Patriarch Kirill of Moscow.  It can also be downloaded here. 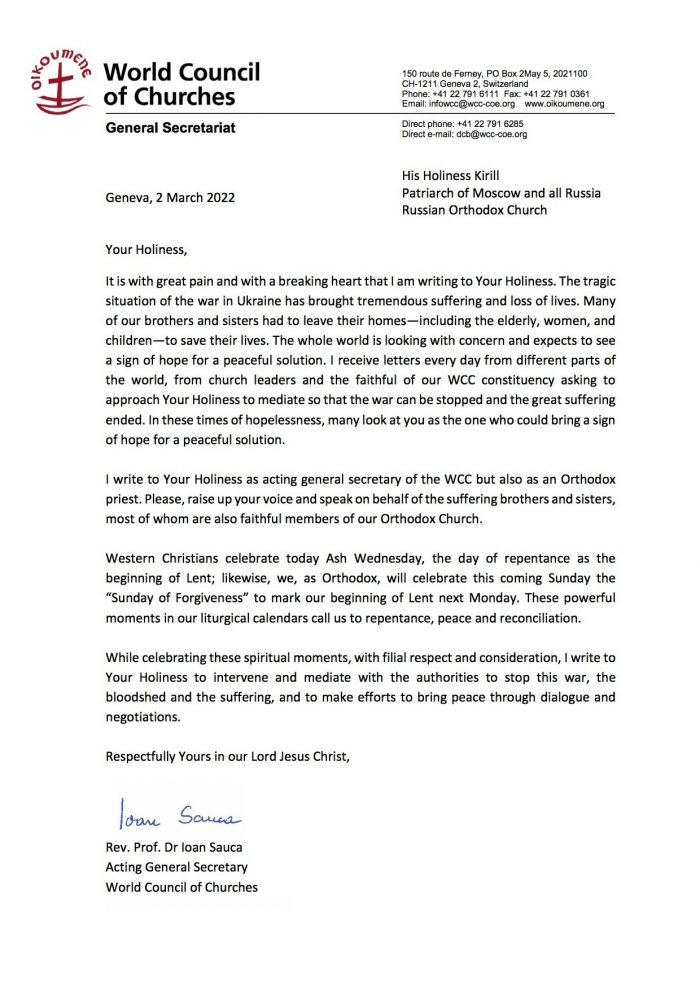