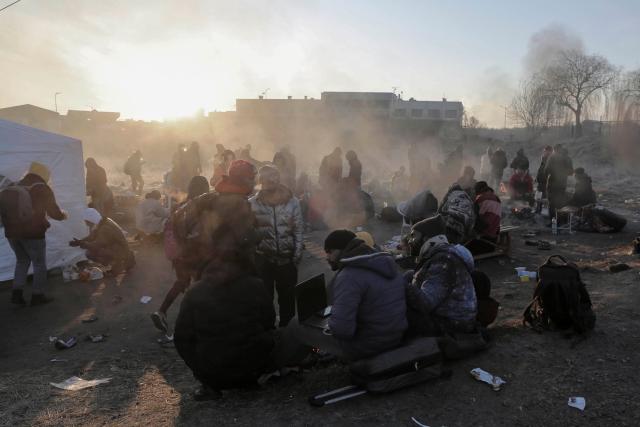 The United Church of Canada condemns the invasion of Ukraine by President Putin of Russia.  This act of aggression contravenes the Charter of the United Nations (UN) and represents a serious violation of international law.  We call on all parties to immediately cease hostilities and to undertake action to restore peace, including through the negotiations underway in Belarus.

The United Church of Canada joins UN Secretary General Antonio Guterres in his call for the protection of the lives and human rights of residents of Ukraine.  In addition to an immediate cessation to hostilities there is an urgent need for humanitarian assistance to be distributed to all those who have been impacted by the ongoing violence and to allow continuous unimpeded access.  Food, shelter, health care, and comfort must be provided in adherence to the principles of humanity, neutrality, impartiality, and independence.  We call on governments to keep borders open and provide safe refuge for everyone escaping the conflict and to create safe pathways for all regardless of race, gender, sexual orientation, nationality, religion, or creed.

As Moderator, I am grateful to communities of faith holding in prayer the people of Ukraine and all people peacefully protesting violations of international law and human rights in the region.  I join you in asking God to help us to be peace-bearers as individuals, as communities, and as nation-states. In our commitment to justice and peace, let us call on government leadership to help bring this to an end so no more lives are lost or communities harmed.

We join with all who witness and work for peace and justice around the world, even in the face of violent conflict.

I invite you also to explore whether there is a Ukrainian Catholic church, Ukrainian Orthodox church, or Ukrainian community centre close to you to whom you might write a letter of concern and solidarity or extend solidarity to people of Ukrainian descent in your community.

We offer this prayer (also found at the end of this post) and sample letter.

The United Church of Canada is receiving funds that will be directed to humanitarian assistance in Ukraine through its ecumenical partner, ACT Alliance, which is responding to the rapidly deteriorating humanitarian situation. ACT members are scaling up their presence inside Ukraine and in neighbouring countries to aid those impacted by the current armed hostilities. You can donate to the Conflict in Ukraine appeal.

May peace reign in Ukraine and for all peoples facing renewed violent conflict.

God of all Creation,
God of the heights and the depths,
and everything in-between,
God of this blue-green bauble,
spinning in space,
a place of such wonderous creatures,
and abundant life…
we are praying for a miracle,
one of the smallest of changes,
one that would have immense consequence.

As people around the world
seek the end of the war
that Russia has perpetrated on Ukraine,
seek to end the death,
seek to make a peace,
what I am praying for is a change of
mind, a change of
heart, a change of
worldview,
in the Russian leadership,
who brought this into being.

Help them, God of all hope,
to see that this is the chance to
step back from the war,
to pull back the escalation,
to let go of whatever it is
that made them choose
the path that has led to
the chaos,
the destruction,
the death,
in Ukraine.

We need a miracle that will
help them to not only pull back,
their forces to within their borders,
their rhetoric of nuclear option;
but to be part of the rebuilding
of the nation they sought to overtake…
in the midst of the grief and tears
and anger and rage,
of the parents and grandparents,
of the siblings and children,
of the friends and neighbours,
of those who have been killed
in this act of aggression.

Help us to bring this to an end, God,
one that will allow the sunflowers of Ukraine
to reach their growth,
sprouting in the soil of peace,
under a hope-filled sky.
Help us to make that miracle, God,
for it is truly needed.

In Christ’s name,
in the Spirit’s power,
in the Creator’s love,
I pray.
Amen.