~ an article written by Archbishop Linda Nicholl posted to the Anglican Journal’s website on October 31, 2022 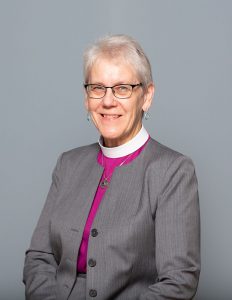 During the summer it was announced I had been elected to the Anglican Communion’s primates’ standing committee as the regional primate of the Americas, succeeding Archbishop Julio Murray, whose term as primate of Central America was ending. Recently I’ve had many questions about what this new position means. My immediate, and somewhat flippant, answer has been: It means more meetings! More seriously, I appreciate these questions as an opportunity to share more about how the Anglican Communion is organized.

The Communion consists of 42 provinces including the Anglican Church of Canada. Although each province has its own constitution, canons and structures we are one family in the Anglican Communion through our relationship with the Archbishop of Canterbury and our recognized historic pattern of liturgy including the centrality of Scripture; Eucharist and baptism; the creeds; and the historic episcopate (locally adapted).

Over the past 150 years we have developed four “instruments of communion” that nurture our family connections. We recognize the Archbishop of Canterbury as the spiritual focus of unity and as “first among equals” of the bishops of the Communion. The Lambeth Conference draws together bishops at the invitation of the Archbishop of Canterbury for fellowship and consultation. The Anglican Consultative Council was created to bring together representative voices of clergy and laity from each province triennially to coordinate and nurture key areas of mission and ministry. And finally, the Primates’ Meeting brings the primates of the Communion together for support and consultation as needed.

It will be my responsibility to listen to and contribute to the work of the standing committee and Council in light of the needs and concerns of the provinces of the Americas—North, South and Central America plus the Caribbean. We are a diverse region in so many ways yet share a commitment to the gospel. We also find intersections among various areas of our work. Indigenous rights and protections are critical across many provinces. Climate change and human devastation of nature affect us all. Our calling to create new disciples will see each of us engaging with the world in new ways.

The Anglican Church of Canada has had links of various kinds with other Anglican churches in the Americas. This includes companion diocese relationships with dioceses in the United States, Brazil and Uruguay and, until 2018, Cuba. Until recently, we’ve also had a personal link with the diocese of Uruguay through its now-retired bishop, Michael Pollesel, former general secretary of the Anglican Church of Canada; and we enjoy a close friendship with the U.S.-based Episcopal Church as part of Churches Beyond Borders, a partnership of four Lutheran and Anglican churches in the United States and Canada.

By these threads of connection we’re woven together as a family in Christ. Each province is unique, expressing the Anglican family characteristics in its own particular way. Through the instruments of communion, conversations and consultations we delight in our diversity and are shaped by our encounters. I look forward to representing the Americas in the councils of the standing committee and Consultative Council in coming months.