Elsie Radford and Robert Strachan at the Parish’s first Annual Meeting on February 7, 2016. They represented well the Parish’s Anglican and United roots in the North Thompson Ecumenical Shared Ministry that came into being in 2015.

In August, the Church of St Paul learned that two long-time members had died within ten days of each other.  Both had contributed much to the life and work of the congregation as well as the community of Barriere.  The following gallery is a glimpse of their presence in our midst.  We give thanks to God for their lives and witness.  They will be missed.

The obituary of Robert William Strachan, 1939-2021, is available here. 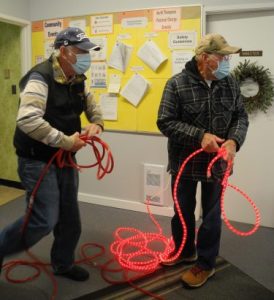 Keith and Robert checking lights for the 2020 Annual Christmas Sale. 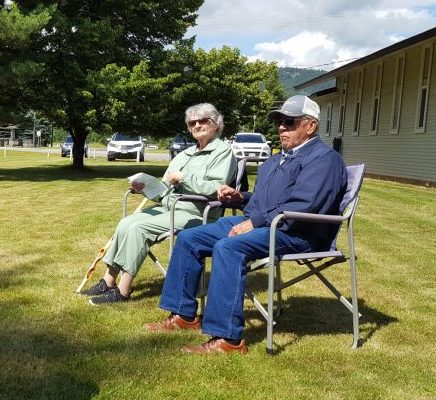 On July 5, 2020, Margaret and Robert attend the first worship service held since March of 2020 due to COVID. 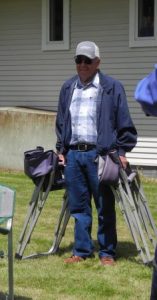 Robert packing up chairs after worship on July 5, 2020. 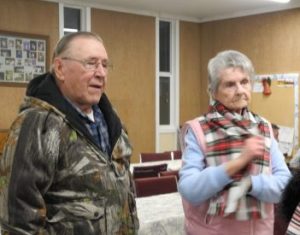 Robert and Margaret at the 2020 Pancake Supper. 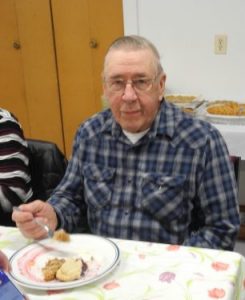 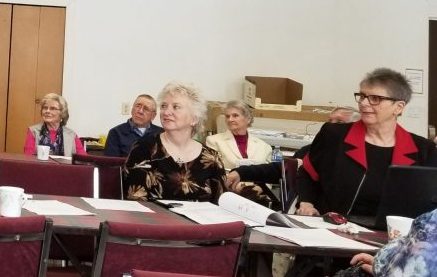 Lynette, Robert, Laura-Ann, Margaret, (a bit of Keith), and Leslie at the 2020 Annual Parish Meeting on February 23rd. 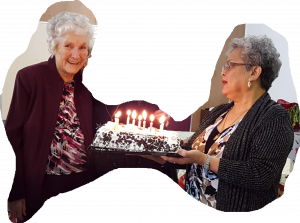 Celebrating Elsie’s birthday in 2020 with Norma bringing in the cake. 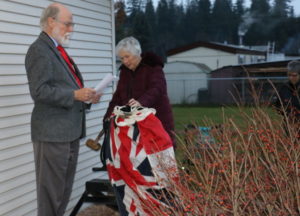 Elsie striking the bell as Glenn leads the Bells of Peace Ceremony on November 11, 2018. 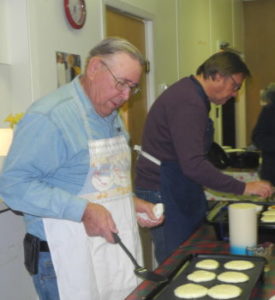 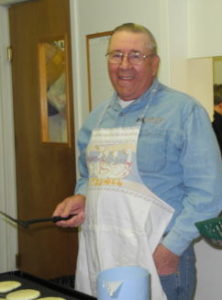 Robert behind the griddle. 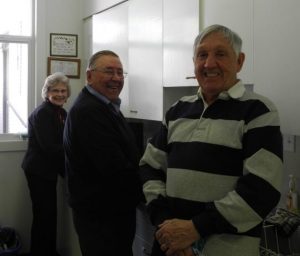 Lynette, Robert, and Keith in the kitchen before the 2017 Annual Parish Meeting. 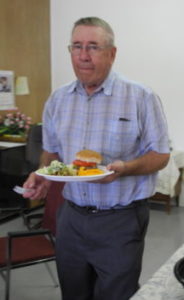 Robert getting ready to eat at the 2016 Parish Annual Picnic. 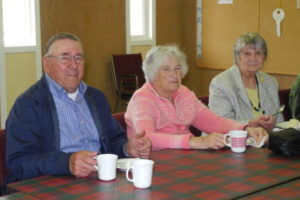 Robert, Elsie, and Margaret at the Farewell Luncheon for Betty in April 2016. 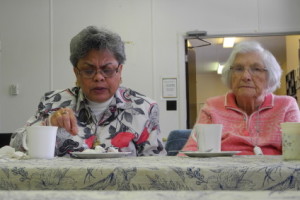 Norma and Elsie at the Potluck Lunch before the 2016 Annual Parish Congregational Meeting. 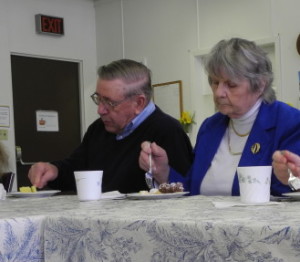 Robert and Margaret at the Potluck Lunch before the 2016 Annual Parish Congregational Meeting. 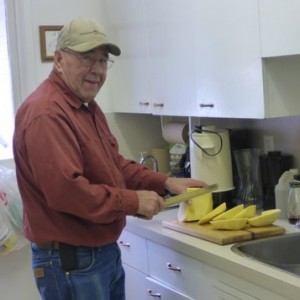 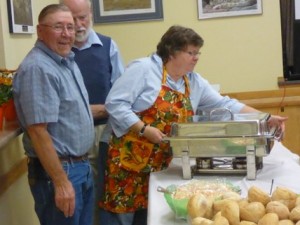 Robert and Glenn helping Mary getting dinner set up for presbyters. 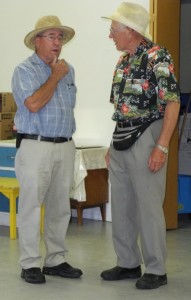 Robert and Mel getting ready to move tables. 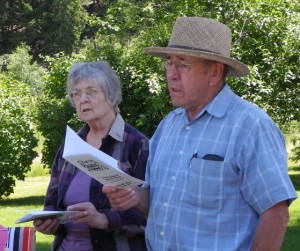 Margaret and Robert adding their voices during the 2014 Joint Worship Service. 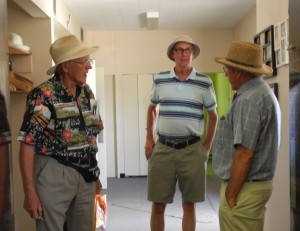 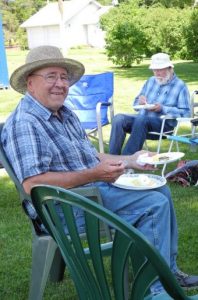 Robert, with Glenn in the background, at the 2013 Annual Picnic.

Elsie, with Laura-Ann and Lynette in the background, waiting for the start of the 2013 Annual Picnic.