Opposing evictions and demolitions of
Palestinian homes in East Jerusalem 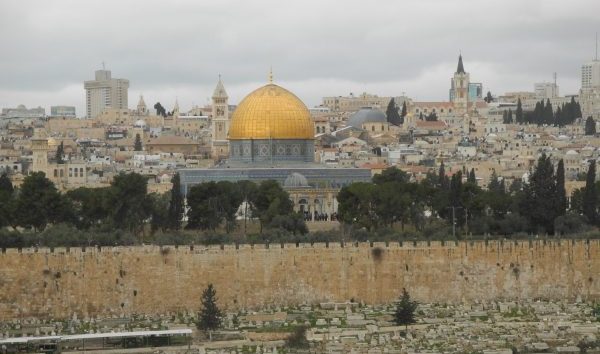 Greetings. We hope this finds you and your colleagues well.

We represent Christian denominations, church agencies, ecumenical organizations and networks who work with long-standing Palestinian and Israeli partners towards a just and lasting peace. Our concerns are based on our long-term engagement in the region, our many church-to-church partnerships, and our longstanding relationships with both Palestinians and Israelis working for peace.

We draw your attention to the urgent plight of Palestinian families facing imminent evictions from their homes, in the Sheikh Jarrah and Silwan neighbourhoods in occupied East Jerusalem. According to Geneva Convention IV (Part III, Section III), this is a clear violation of the Palestinian people’s inalienable right to their homes and lands.

Israeli courts ruled in favour of two of the main settler organizations pushing these evictions: Nahalat Shimon International and Ateret Cohanim. Through Palestinian and Israeli ecumenical partners, we have learned that fifteen families totaling 37 households and 195 individuals have been notified that they must vacate their homes by May 2, 2021. Human rights experts say the evictions are not random but strategic and systematic as they are carried out repeatedly, are based on ethnic identity and are aimed at changing the demography of East Jerusalem.

Israel’s domestic laws, used as the basis for the claims to evict the families, do not exempt Israel, as an occupying power, from meeting its obligations to provide protection for the local population. On the contrary, Israel’s administration is in violation of international humanitarian and international human rights laws, specifically Article 49 of the Fourth Geneva Convention, which prohibits forcible transfers as well as deportations of protected people from occupied territory. We reiterate our strong opposition to Israel’s annexation and settlement policies, and the impunity in the actions of the occupation, which undermine the possibility of a comprehensive, just and lasting peace in the region.

We urge that Canada:

i. publicly condemn the evictions from, and demolitions of, Palestinian homes in East Jerusalem and call on Israel to immediately reverse the rulings on the intended evictions and halt its settlements policy;

ii. live up to its obligations and commitments to protect and promote human rights and international law without exception;

iii. together with the international community, denounce this impunity and the ongoing human rights violations.

We look forward to your reply, and to working with you toward a just and lasting peace for all the peoples of the region.

Sylvia Skrepichuk, Chair (interim)
Catholics for Justice and Peace in the Holy Land

View the letter in pdf format.