↓
Home→Anglican→Church Leaders Acknowledge the Racism in Their Midst

In response to the demonstrations across the United States and Canada in the wake of the May 25 death of George Floyd in Minneapolis, the leaders of the Evangelical Lutheran Church in Canada, the Anglican Church of Canada, and The United Church of Canada have issued a joint letter. 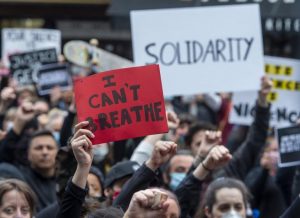 Protesters in Halifax demonstrate against police action in the death of George Floyd and others. Monday, June 1, 2020.
Credit: THE CANADIAN PRESS/Andrew Vaughan

The events taking place across North America in response to the murder of George Floyd have given all of us a stark reminder of the ongoing sin of racism in our communities. Centuries of anger at injustice and anti-Black racism are literally bursting into flames as people stand for political and cultural change to address these deep-seated systems that work to oppress so many members of our communities. Coupled with the death of Ahmaud Arbery, the threat against Christian Cooper who was participating in a park activity so many of us take for granted, and so many other day to day activities, we are reminded of the horrendous consequences of anti-Black racism again and again, depriving people of their safety, their freedom and their lives.

We as church leaders, acknowledge the pain, frustrations and anger of our Black communities, and recognize that systemic anti-Black racism is prevalent in our context in Canada as well; in the streets of our communities, in the justice and policing systems, and in our congregations and parishes. It is important for church members in our largely white churches to look at how we continue to perpetuate anti-Black racism, either inadvertently or intentionally.

George Floyd’s words, “I can’t breathe,” continue to ring in our ears; they act as a prophetic voice of the pain and re-traumatization that is coming from peoples of African descent again and again. The voice is weary and tired. “We can’t breathe” is the collective chant of peoples of African descent, especially those in North America, as they continue to struggle against centuries of racism and systemic discrimination.

As Primate of the Anglican Church of Canada, The National Bishop of the Evangelical Lutheran Church in Canada, and Moderator of The United Church of Canada we want to affirm our commitment to ending our silence about and working towards the dismantling of anti-Black racism.

In March, we jointly released a letter in support of the International Decade for Peoples of African Descent, acknowledging the reality of racism in our institutions and committing ourselves to naming and working towards the eradication of anti-Black racism. We are inviting the members of our communities to join us in this commitment by visibly and concretely demonstrating the call for solidarity in the UN decade. Some suggestions are:

We call upon our members to join with us in this commitment.

The Most Rev. Linda Nicholls
Primate, Anglican Church of Canada 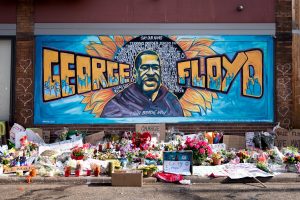 Each of our denominations have more resources on their websites.  Here are some links:

Bishops of the Anglican Church of Canada issued a statement on June 8, 2020 identifying that “our own house is not in order” to remind everyone of the Church’s commitment to confronting racism in its own life and acknowledging the place of racism and colonialism in Canada. They have stated that “this commitment needs to be renewed daily”.

Bishop Elect of the Territory of the People, the Ven Lincoln Mckoen, wrote a pastoral letter on racial injustice.  It can be viewed here and downloaded here.

A few days after the release of the joint letter, the national and synod bishops released a follow-up letter to the church:  National, Synod Bishops acknowledge racism “within us and within our communities”

The United Church of Canada’s website includes an Anti-racism page that provides links to many resources, programmes, and other news releases.  There is a link to the United Church’s Racial Justice Training work.

The Rev. Jay Olson, President of the Pacific Mountain Regional Council, wrote a pastoral letter to the region on June 8, 2020.  She writes

. . . a biblical passage sprang to mind. The context in the biblical story is, on the night Jesus was betrayed he was praying in the garden of Gethsemane and he had asked his friends to stay with him. “Then he came to the disciples and found them sleeping; and he said to Peter, ‘So, could you not stay awake with me one hour?'” (Matt. 26:40) . . .

People of faith including us in the Pacific Mountain Regional Council sit in the garden of crisis and terror and we must no longer fall back asleep immobilized while the Christ calls us to stay awake and be alert to what is happening and what needs to happen.

In a blog, the Rev. Dr. Paul Douglas Walfall calls on White people in the church to put their love into action to counteract racism.  He is the ministry personnel in the Fort Saskatchewan Pastoral Charge in Northern Spirit Regional Council. 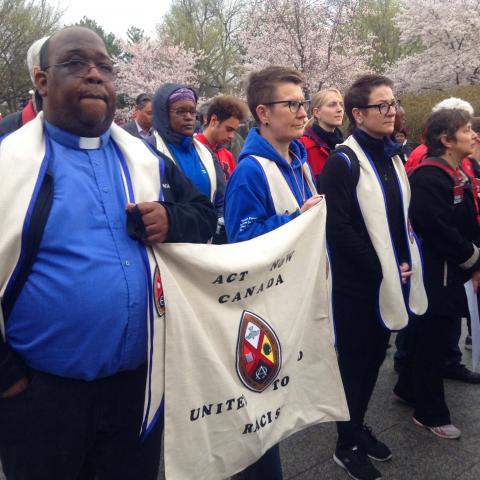