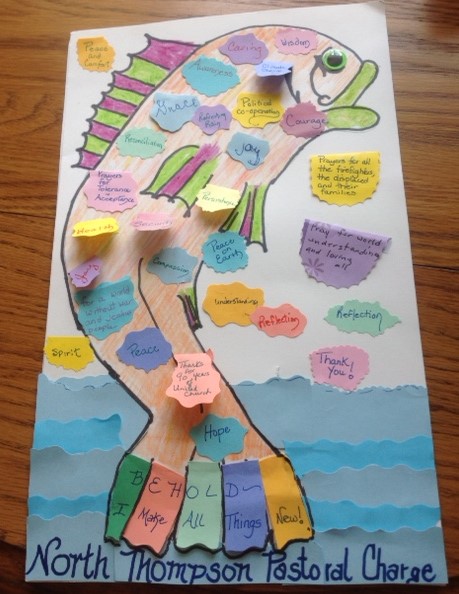 This Prayer Fish Banner was created by the two congregations and sent to the United Church’s General Council 42 being held in Cornerbrook, Newfoundland August 2015. 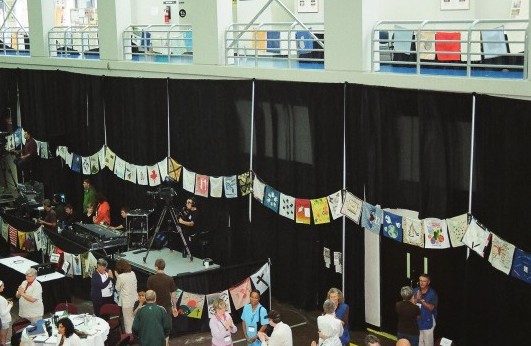 Prayer flags hanging at GC40 in Kelowna in August 2009. Clearwater United’s is just right of centre. 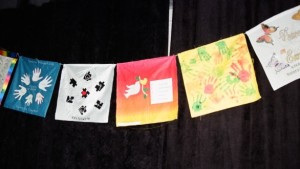 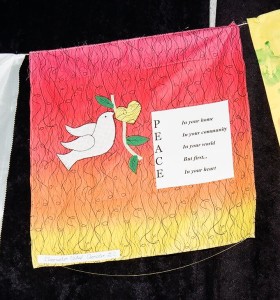 Another section of prayer flags at GC40 in Kelowna. Church of St Paul’s hangs on the left side of this group. 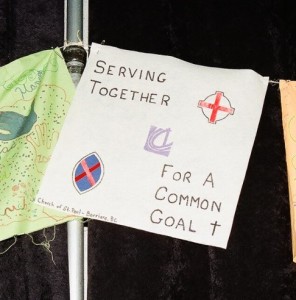 Close-up of Church of St Paul’s prayer flag at GC40 in August 2009 just nine months before officially becoming an Ecumenical Shared Ministry. Note the logos of the three denominations!