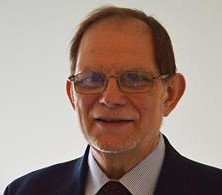 “A long-time General Council staff person who served for many years as overseas personnel for The United Church of Canada, the Rev. Christopher Ferguson, has been elected as the next General Secretary of the World Communion of Reformed Churches (WCRC).”  read more

He was installed in this position at a worship service on May 18th at the Reformed Church in Hannover, Germany.  The Executive Committee, the governing board of the WCRC, was holding its annual meeting in Hannover from May 11th – 18th.  It has 30 members from around the world.
~ information from the WCRC website

Chris Ferguson and his wife, Susan, were previously working as United Church of Canada overseas personnel in Columbia serving with the Methodist Church of Colombia and the Program of Ecumenical Accompaniment in Colombia.  In reading their biographical information on the United Church website, the knowledge and skills that he will be bringing to this position are quite incredible.