Reconciliation Canada organized a Walk For Reconciliation for Sunday, September 22nd, the day following the last day of the Truth and Reconciliation Commission’s National Event held in Vancouver.  Prior to the Walk, both the United Church and Anglican Church held worship services for those who would be walking.  Leslie, from Clearwater United, attended the service at St. Andrew’s-Wesley United Church and walked on behalf of the North Thompson Pastoral Charge. 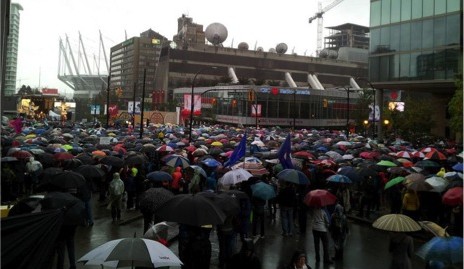 Leslie was somewhere in the middle of this sea of umbrellas.

The Walk was a dream of Chief Dr. Robert Joseph who had hoped for 50,000 to join him.  There were 70,000 people of all ages and all ethnicities who joined him on a soggy Vancouver morning. We gathered in front of the Queen Elizabeth Theatre Plaza.  The keynote address was given by Dr. Bernice King.

Reconciliation Canada has posted a short video that gives a sense of the Walk. 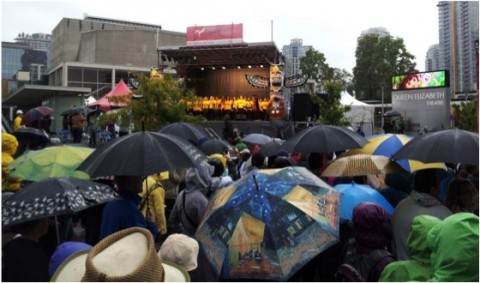 Moderator Gary Paterson’s blog “TRC Vancouver:  Walking Together” gives a good sense of both the service at St. Andrew’s-Wesley and the Walk. 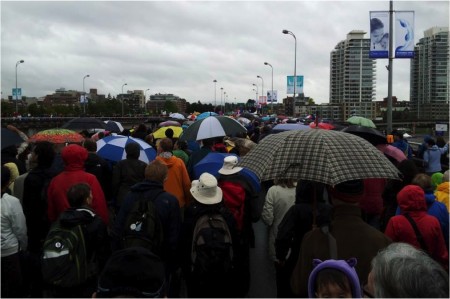 Regardless of whether one walked the two or four kilometre route, a tile that had been painted by a child from somewhere in British Columbia was received.

The front of Leslie’s tile