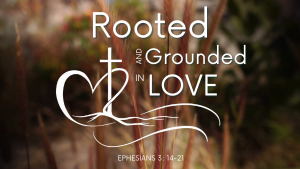 The Theme of the 2022 General Meeting

The Fourth Annual Meeting of the
Pacific Mountain Regional Council
was held in person in Prince George
at the Prince George Conference and Civic Centre
and online via the Whova Platform and Zoom
from June 9th to 12th.


From the North Thompson Ecumenical Shared Ministry, the Rev. Bruce Chalmers and Leslie Ross (representing Trinity Shared Ministry) attended in person.  Leslie Stirling (representing the Church of St Paul) attended on line.  These pictures give a glimpse of the four day gathering.  They have been provided by Leslie Ross, Leslie Stirling, and the Facebook page of the Pacific Mountain Regional Council.

Musicians from Weird Church in Cumberland 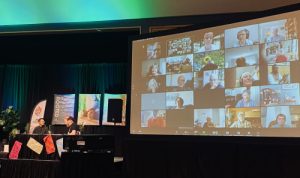 Those in person occasionally saw the zoom pictures of those attending online. Jeff and a member of the Theme and Worship Committee engaging in reflection with participants. 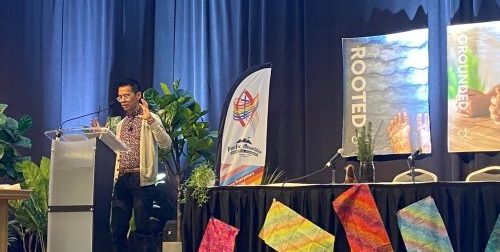 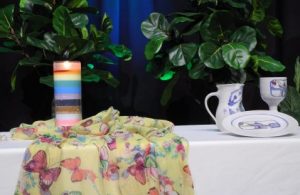 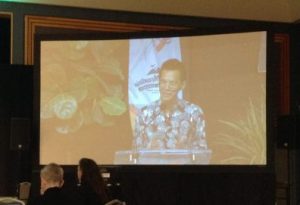 Jeff Chu projected on the screen during the second theme session on Saturday morning. 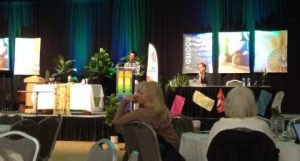 Jeff Chu presenting his second theme address on Saturday morning: “What Does the Church Need to Repent of?” 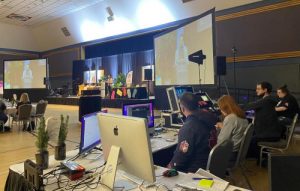 Some of the Technical Team 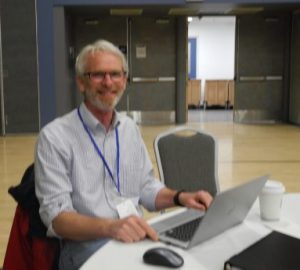 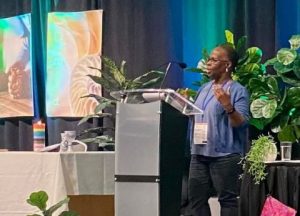 On Friday afternoon, President-Elect Deborah Richards invited conversation on the question “What does a healthy, flourishing community of faith look like?” 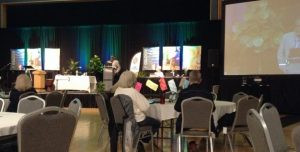 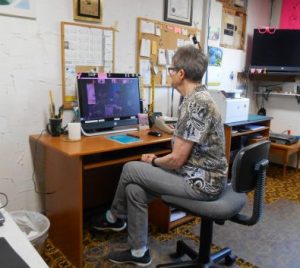 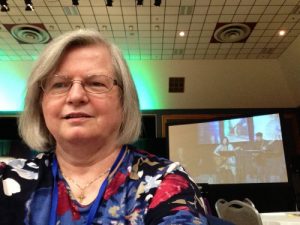 Leslie Ross with the musicians on the screen in the background 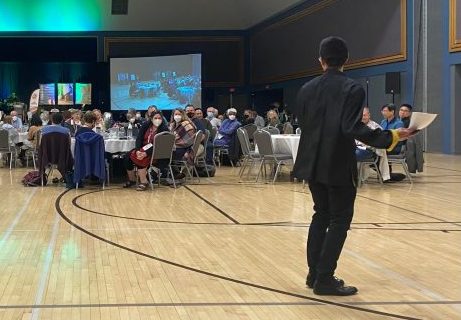 Jeff Chu praying over lamentations and repentances that participants had placed on a display board. Bruce can be seen just to the right of the screen. 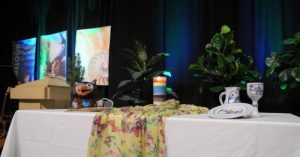 Communion table with baptismal font to the left 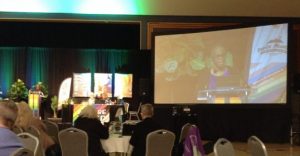 Deborah Richards reporting on the Court’s small group conversations on the question “What does a healthy, flourishing community of faith look like?” 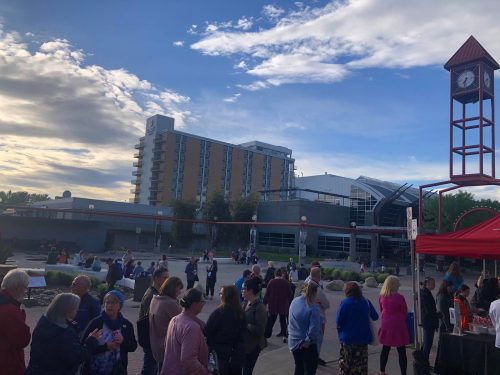 As part of celebrating becoming an Affirming Region, we had an outdoor barbeque dinner on Saturday to which the community was invited. Bruce and Leslie are seen at the left of the line.