Archbishop Lynne McNaughton Writes to the Territory of the People

With the announcement that ground penetrating radar has confirmed that there are bodies of children in unmarked graves at the site of the former St. Joseph’s Residential school in Williams Lake, the Most Rev. Lynne McNaughton, has written the following letter.  It can be downloaded here and also is found on the Territory of the People’s website.  The links in the letter are provided below the letter. 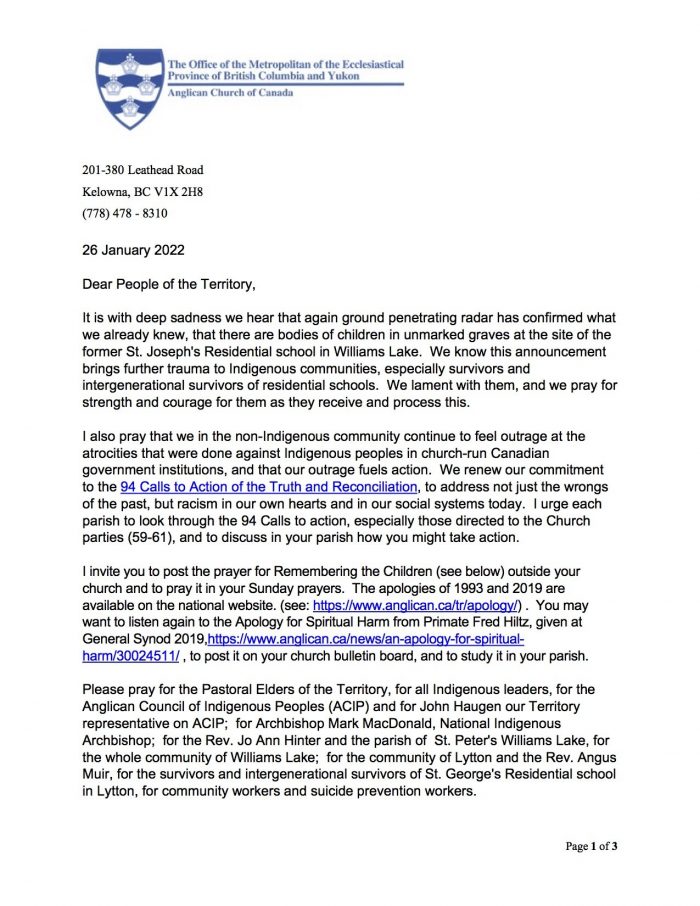 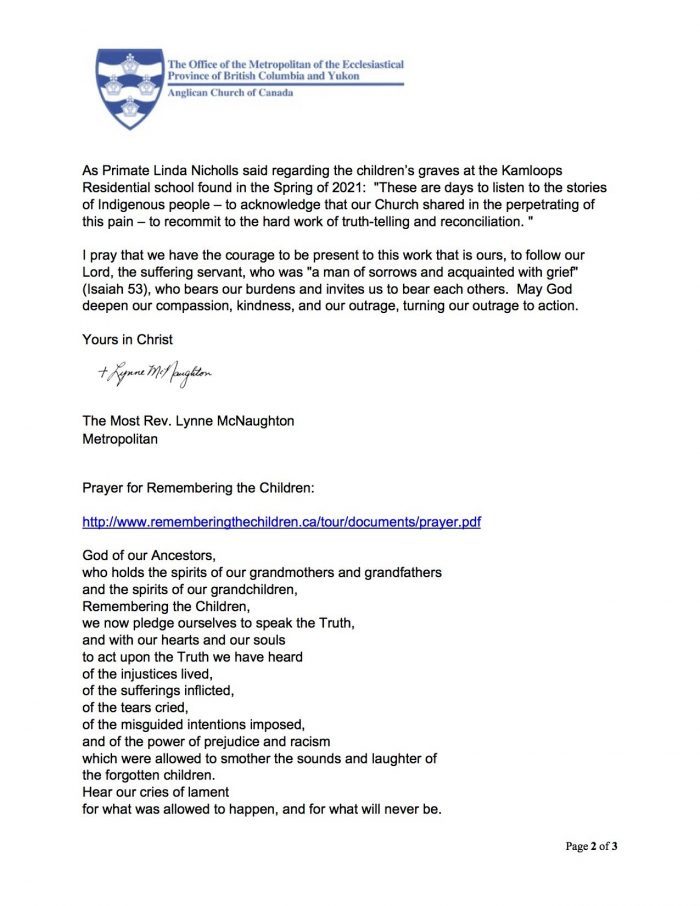 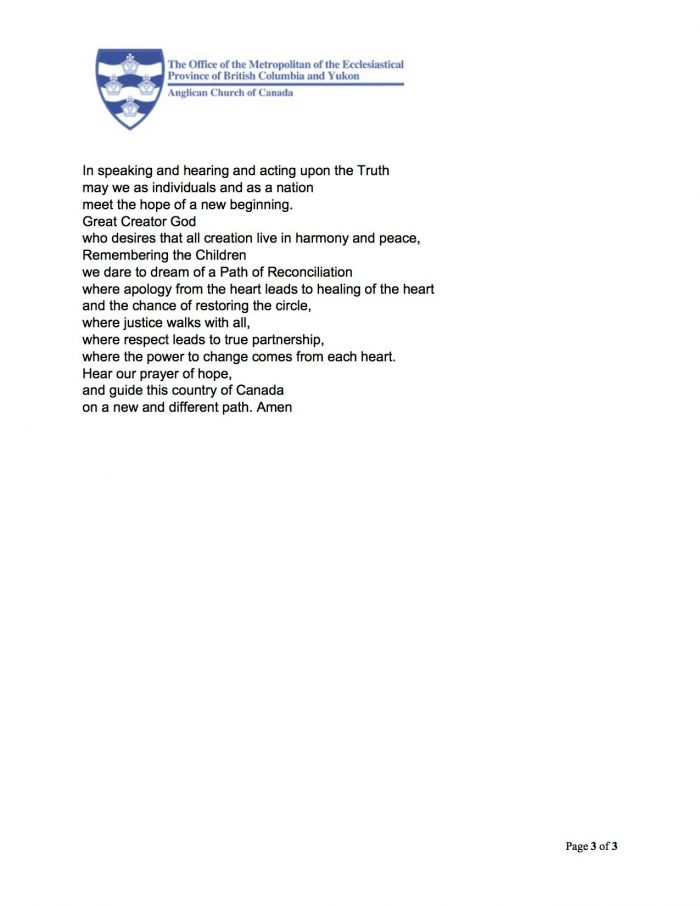 94 Calls to Action of the Truth and Reconciliation

The webpage for the 1993 Apology for Residential Schools delivered by then-Primate Michael Peers to the National Native Convocation in Minaki, Ontario also includes a link to a 2008 video commemorating the 15th anniversary of the Primate’s apology.  In it, Archbishop Fred Hiltz, Primate, introduces an excerpt of Archbishop Peers’s apology and then explains the Anglican Church of Canada’s work in healing and reconciliation since that time.