↓
Home→Anglican→Concerns for Human Rights Violations in the Philippines 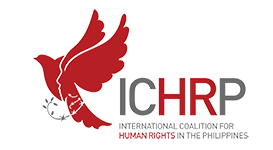 On July 13, 2021, a coalition of concerned Canadian churches and organizations (including our three denominations) wrote Foreign Affairs minister the Hon. Marc Garneau about the escalating violence and human rights violations in the Philippines and the seeming lack of response by the Canadian government.

The Honourable Marc Garneau
Minister of Foreign Affairs
House of Commons
Ottawa, ON K1A 0A2

We are a coalition of churches and organizations concerned about the escalating violence in the Philippines and the seeming lack of Canadian government response. The massacre of three Lumad (Indigenous) youth, including a 12-year-old child, on June 15, 2021, in the town of Lianga is emblematic of the rising human rights crisis.

We call on the Canadian government to end all support and cooperation with the Philippine military and police. This includes withdrawal and end of financial assistance for anti-terrorism and training provided directly to the Philippine government or through other entities such as the ASEAN, Interpol, and the United Nations Office on Drugs and Crimes (UNODC).

This is a clear recommendation from the second report of INVESTIGATE PH released and submitted to the High Commissioner’s Office on Human Rights (OHCHR) on July 6, 2021. This report documents how the government’s anti-terrorism operations are increasingly targeting unarmed Indigenous people who are resisting the encroachment on their lands by resource companies.

INVESTIGATE PH is a project launched by peoples from all over the world, including Canadian churches, trade unions, and human rights organizations, after the 45th Session of the United Nations Human Rights Council (UN HRC) in 2020 failed to establish an independent, international mechanism to investigate the state of human rights in the Philippines. They believe that the human rights technical assistance and capacity building prescribed by the UN HRC to the Philippine government is inadequate to address the worsening human rights crisis. INVESTIGATE PH will submit its final report and findings to the Office of the High Commissioner on Human Rights prior to the 48th UN HRC session in September 2021.

According to reports from the human rights group Karapatan, the victims of the June 15 massacre, Willy Rodriguez, Lenie Rivas, and 12-year-old Angel Rivas, asked permission from soldiers illegally occupying their villages to go to their farm. Despite this, Angel (12) and Lenie (21) were assaulted, raped, and shot dead by the 3rd Special Forces Battalion of the Philippine Army. Their bodies were brought to the army headquarters in St. Christine, Surigao del Sur, and were tagged as New People’s Army members. They are the latest victims of the state’s red-tagging campaign against the Lumads in Lianga communities. Military troops massacred six farmers in 2019 and 3 community leaders in 2015, claiming they were members of the New People’s Army.

The June 15,2021 massacre occurred just one day after the International Criminal Court (ICC) opened an investigation into crimes of humanity against the Armed Forces of the Philippines. This heinous crime shows that the Philippine government is failing to take meaningful steps in stopping human rights violations. Tens of thousands have died in Duterte’s so-called ‘War on Drugs. The human rights organization, Karapatan, has documented at least 300 cases of farmers, indigenous peoples, human rights defenders, including 55 lawyers and judges, who have been killed since Duterte came to power in 2016.

INVESTIGATE PH repeatedly hears from witnesses that domestic accountability mechanisms fail the victims of human rights violations, their families, and communities. The efforts arising from the 45th UNHRC resolution on human rights technical cooperation and capacity building and the UN Joint Program are inadequate in providing meaningful actions to address the worsening human rights situation.

Since the 2017 public statement of Prime Minister Justin Trudeau regarding the human rights situation in the Philippines, Global Affairs Canada (GAC) officials have indicated a preference for quiet diplomacy. The time for quiet diplomacy with the Duterte Regime is over.

Mr. Minister, enough is enough. We call on you to publicly condemn this state-sponsored terror against the Filipino people. We urgently ask you to follow through with the commitment of your government to ensure human rights and use this as a lens for any ongoing and planned cooperation with the Duterte government.

In relation to the 48th Session of the United Nations Human Rights Council in September 2021, we urge the Government of Canada:
To act on the findings of INVESTIGATE PH, including suspension of all military and police aid.
To work with other UN HRC members and observer states to approve an independent, international and thorough investigation into the human rights situation in the Philippines.

The United Nations Human Rights Council must take decisive actions as more lives are put at greater risk. We call on the Government of Canada to work with other member states to make this happen.