August 1, 1834
The Day Slavery Was Abolished in British North America 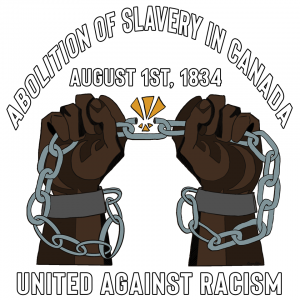 August 1, 1834 is the day the Slavery Abolition Act came into effect, ending slavery throughout most of the British Empire, including in the colonies that would become Canada.  There is a movement in Canada to have August 1st to be designated Emancipation Day every year.  Both the United Church of Canada and the Evangelical Lutheran Church in Canada have written letters to Prime Minister Justin Trudeau in support of Majid Jowhari’s private member’s motion to do that.

The recognition of August 1st as Emancipation Day provides opportunities to intentionally learn about discrimination and systemic racism and to take time to develop strategies to combat racism. 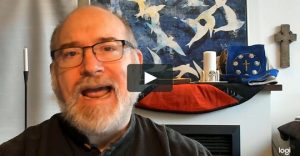 In a video of less than four minutes, Moderator Richard Bott, using lines of the United Church’s Creed as a focus, gives a message about becoming aware of the racism in our midst and undertaking the long and sometimes hard work that will be needed to become an anti-racist church.  The video is posted to the United Against Racism website.  That site and the Anti-racism webpage on the United Church of Canada’s website provide a wealth of ideas and information.

Coin marking the abolition of slavery in the British colonies on August 1, 1834. Credit: Leeds Museums and Galleries, Flickr (CC BY-NC 2.0)

Holy One,
In your image
You have created humankind,
in great diversity.
We give thanks for the
differences—

Holy One,
In your image
You have created humankind,
in great diversity.
We give thanks for the
differences—
of cultures and ethnicities,
of histories and life-stories,
of skin colour and language and
hearts that love the world.

We watch in horror as Power
desecrates Black and Brown bodies;
walks on their sacredness,
kills and subjugates,
in thousands of ways,
hidden and overt.
We must not stop at watching—
held back from right action by our horror
or seeming powerlessness.

Grant us hearts that listen and learn;
egos that are willing to accept
when our own racism is called out.

Grant us courage,
to disassemble the systems,
the stories, the mythos,
that privilege whiteness over all others.

Give us your Holy Spirit’s wind
to call out racism in all its forms—
inside our hearts,
inside the church,
and in your world,
give us the strength,
the wisdom and the will
to root out White Fragility,
and White Supremacy,
so that they would never again do harm,
never again take away,
never again kill.

God of all creation,
bless us all with what we need,
to march on.
To live this work of anti-racism.
Today.
Every day.
Always.

—A prayer by the Right Rev. Richard Bott. Originally posted on Facebook and now found here.