ELCIC reports on a joint letter to the Government of Canada, an ecumenical statement, and a webinar

ELCIC and CLWR have long supported the goal of achieving a comprehensive, just and lasting peace in the Middle East through the realization of a viable and sustainable two-state solution.  This letter, dated June 15, 2020, provides background of their more than sixty-five years of work in the region, the context of international laws and agreements, and their request of action by the federal government.  The following is from the letter.

In light of the situation, we urge the Canadian Government to show leadership in:

Annexation will undermine peace and justice ~

Ecumenical Statement on the Planned Annexation of Occupied Palestinian Territory

Faith based organizations, representing believers worldwide, issued an ecumenical statement on June 29, 2020 expressing their concern over the planned annexation of occupied Palestinian Territories in the West Bank by the Government of Israel.  The Lutheran World Federation (LWF) joined with ACT Alliance, The World Communion of Reformed Churches, and the World Council of Churches in calling the international community to take immediate action to directly address the unilateral action.  The new threat of annexation entrenches and compounds the ongoing situation of occupation that has far too long undermined the rights and future of Palestinian people.  The statement includes the following: 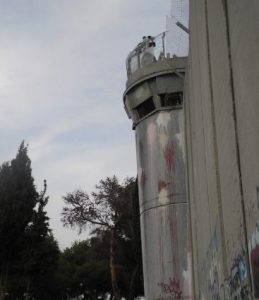 We lift up the cries of all people of goodwill, of all those Palestinians and Israelis who have suffered in the conflict, and particularly the Palestinian people who suffer every day under the occupation regime and the unbearable situation of blockade in Gaza. We recognize that this present crisis has historical and complex roots, but it is also a result of unilateral actions, power imbalance, and the use of force and violence instead of dialogue and negotiation. Peace can never be unilaterally imposed or achieved by violent means.

The planned annexation of Palestinian territories by the Government of Israel would be a serious obstacle for the achievement of justice and peace between Israelis and Palestinians. It will undermine even more the rights of Palestinians, reducing their mobility, their access to land and livelihoods, to adequate infrastructure and basic services. It will increase forced displacement, and it could prevent humanitarian organizations’ access in order to provide basic services and the necessary lifesaving interventions.

Read the full text of the Statement here. 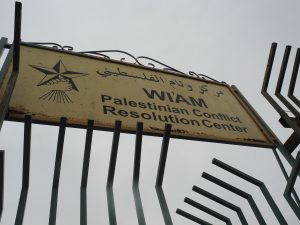 On July 9, 2020, Jennifer Henry, Executive Director of KAIROS, hosted a discussion with Wi’am (The Palestinian Conflict Transformation Centre) located in Bethlehem, Palestine and members of the KAIROS Palestine-Israel Delegation who travelled to Palestine and Israel in November 2019.  Wi’am staff provided an update about their work and the current context including the impacts of COVID-19 and annexation of Palestinian territories by Israel.  Members of the Palestine-Israel Delegation shared what they have undertaken to promote human rights and a just peace in Palestine and Israel as well providing stories from their 2019 trip.

From KAIROS delegation to Palestine and Israel: 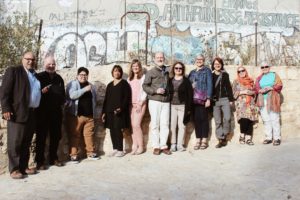 KAIROS’s Palestine-Israel delegation from November 2019 at the Wi’am Center with the separation wall behind them.
photo from KAIROS website

The delegation’s final report was published in February 2020.  It is available here.  The following is from the introduction:

The delegation aimed to strengthen collective, ecumenical and denominational policy and partnership work in Palestine and Israel, highlighting support for grassroots women’s organizations in peacebuilding and deepening the understanding of the impacts of conflict and occupation on women and girls.  Delegates met with partners in Palestine and Israel, learning about their work and context with a focus on women’s empowerment and women’s role in building sustainable peace.

Photos from outside the Wi’am Center,
which is located near the Separation Wall
in Bethlehem, Palestine 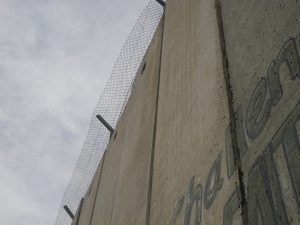 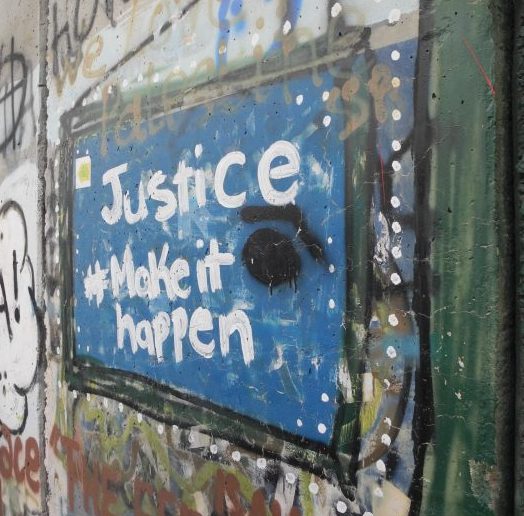 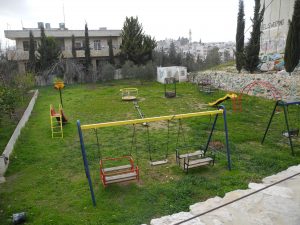 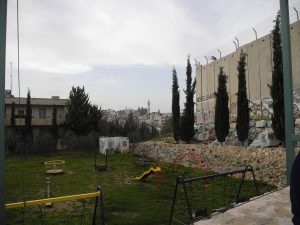 Separation wall with graffiti, including the words “Rachel is weeping”, is seen beyond the Wi’am Center playground.
photo credit: L. Ross, January 2019 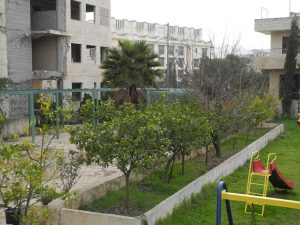 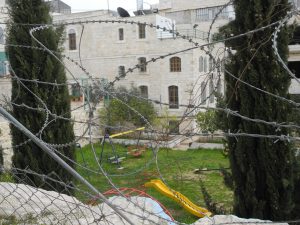 Viewing the Wi’am Centre playground through the barbed wire fencing along the road next to the separation wall.
photo credit: L. Ross, January 2019 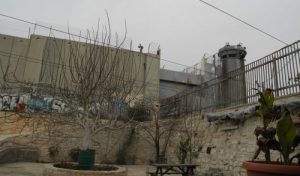 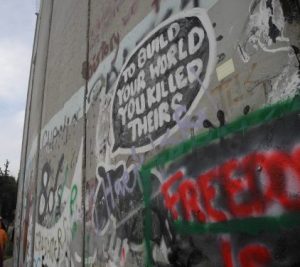 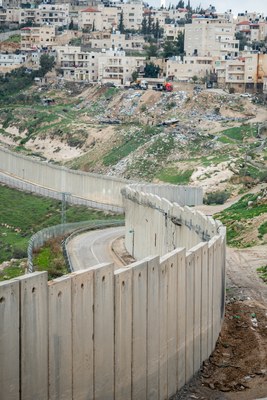 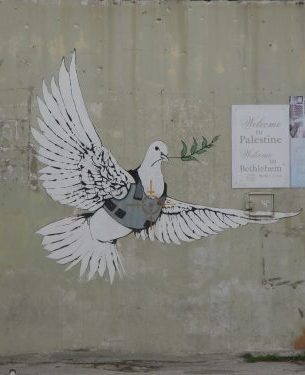