Primate Fred Hiltz Has Issued A Call To Prayer 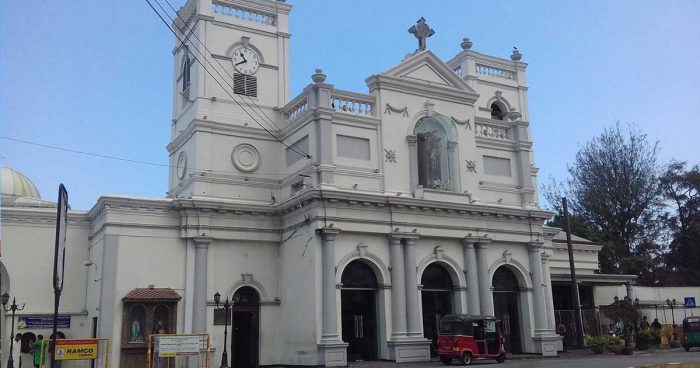 In the terrible aftermath of bombings of churches and hotels in Sri Lanka on Easter Day, I ask for your prayers for all affected by these hate crimes.  Let us remember the 359 persons who, as of this morning, are known to have died and for their grieving families.  Let us remember the hundreds more who were seriously injured and for yet more hundreds of people traumatized by what they witnessed.  Let us remember too, the first responders who placed themselves in harm’s way to help people across lines that distinguish people’s politics and religion.

Sir Lanka is a nation in shock – not only by what happened but by what appears to be a lack of action on the part of the government to alert worshippers and tourists to take precautionary measures when there had been warnings that the likelihood of such attacks was very real.  The reaction of Sri Lankans at home and dispersed throughout the world is a mix of dismay and outrage.  It is all very poignant given a presidential election in coming weeks.

The current Bishop of Colombo, Bishop Dhiloraj Canagasabey released a statement saying “the Church of Ceylon unreservedly condemns these cowardly and cruel acts of terrorism”.

The former Bishop of Colombo, Duleep de Chickera in a statement issued on Easter Day spoke of “a combustible atmosphere with a mix of surging nationalism and faith based identity politics”.  In the name of our common humanity he called for the condemnation of the crimes that have shattered the lives of so many people.  In supporting a National Day of Mourning, he spoke of the power of people’s movements “…to build social trust and assert that dialogue is the best method for resolving our differences. We will then rise to a new life.”

I ask your prayers for Bishop Canagasabey and Bishop de Chickera, and all leaders who comfort a nation in grief and chaos.

Pray for them as they bury the dead, tend the injured, and work with all those committed to restoring peace and order in the interests of the common good of all.

Such crimes as the world has seen in Sri Lanka sharpen the intent of our prayers throughout Easter, particularly as we pray “that isolated and persecuted churches may find fresh strength in the Easter gospel”.  (The Easter Litany, p 122, The Book of Alternative Services)