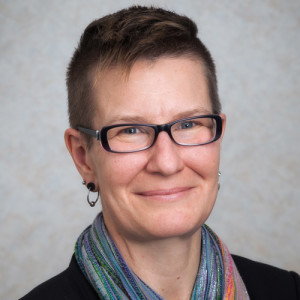 The Right Rev. Jordan Cantwell, Moderator of the United Church of Canada

On December 15, 2015, the Moderator of The United Church of Canada, the Right Rev. Jordan Cantwell, attended an event in Ottawa to mark the release of Canada’s Truth and Reconciliation Commission’s final report. Speaking at the gathering, Cantwell delivered the following statement:

The United Church of Canada welcomes the release of the final report of the Truth and Reconciliation Commission of Canada. This is a momentous occasion. It is the culmination of six years of courageous and difficult work, and the result of 130 years of painful lived experience by former students of residential schools. Their resilience did not allow the shameful reality of the residential school system to remain hidden and unaddressed. This final report shines a light on a system that was never designed to educate Indigenous children. Rather, it was a tool to eradicate them as Peoples, causing lasting harm to individuals, families, nations, and cultures.

The United Church of Canada accepts responsibility for its active role in this history, and for our false assumptions of cultural and spiritual superiority. Indigenous leaders sparked our journey of awareness and repentance decades ago. Our church’s 1986 Apology to First Nations Peoples emerged from that wisdom and guidance. In 2016 we will recognize the 30th anniversary of that apology and reflect upon what we have learned.

We are still not where we need to be. And so, we commit ourselves anew to the difficult and transformative work of healing and reconciliation. Compelled by the biblical imperative for justice, we have adopted the principles, norms, and standards of the UN Declaration on the Rights of Indigenous Peoples as a framework for needed change. We will work together, with our partners in KAIROS, with the Parties to the Settlement Agreement, and with others toward a new relationship between Canada’s Aboriginal and non-Aboriginal peoples—a relationship built on respect, equity, and mutuality.

The 94 Calls to Action are a testimony to the depth and breadth of the work before us and to the hope that we can and will become the country we long to be. A country where the welcome and contributions of First Peoples—past, present and future—are recognized, celebrated, and honoured.

The United Church of Canada has been and will continue to be deeply blessed by this journey. Thank you, Commissioners, for your good and faithful work.