↓
Home→Congregational Life→Rev. Ivy Thomas is travelling in Rwanda and Tanzania!

Rev. Ivy Thomas, a former minister of the North Thompson Pastoral Charge and currently the United Church Conference Minister for the Kamloops-Okanagan Presbytery, left for a month’s travel in Rwanda and Tanzania in early June.  Her travels can be followed in a delightfully written blog.

This adventure began as a result of a conversation with her travelling companion, Irene Hart, who jokingly asked if Ivy wanted to go with her to Tanzania.  Irene was wanting to see the community with which she has had a relationship for over twenty years.  Through the work she and a group of women from Rutland United Church did, a school was built to teach women to sew.  That school was named after Irene Hart.

The spark that prompted this journey was a letter that took from May 2012 to January 2013 to arrive at Rutland United Church in which those that had been involved were invited to a celebration and to also see the new Irene Hart House.  Sharilynn Upsdell, one of those involved has shared a picture of the invitation and envelope and says, “We were all in our early 30’s with young kids back then … But three of us [are] still involved at RUC.  This was a big project for us… We did many women/family events in solidarity and purchased any weavings they sent, sent them sewing supplies, etc.” 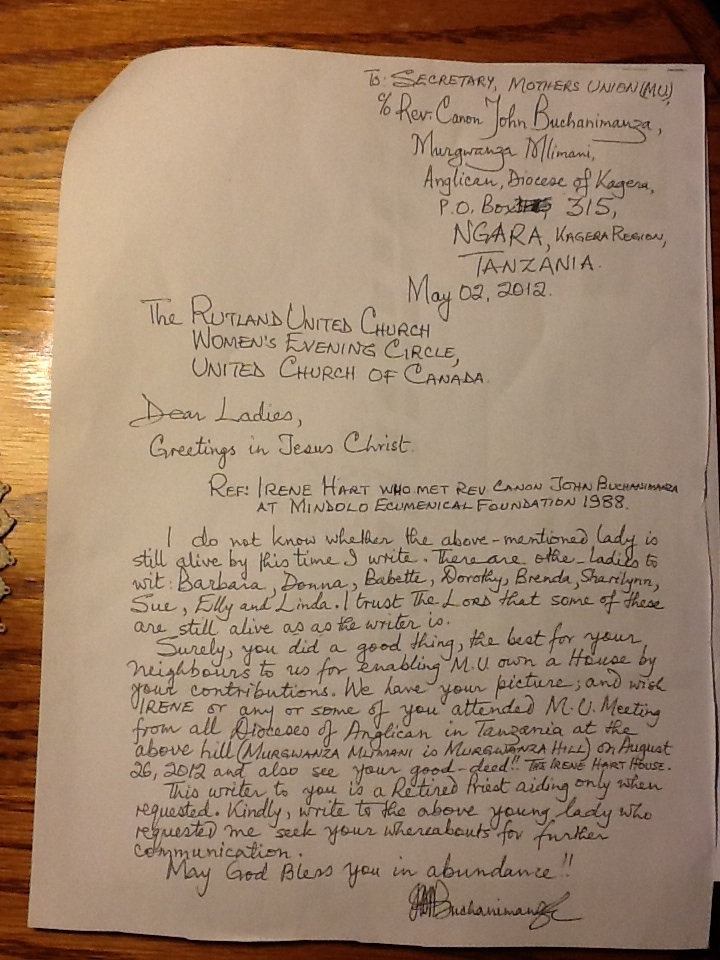 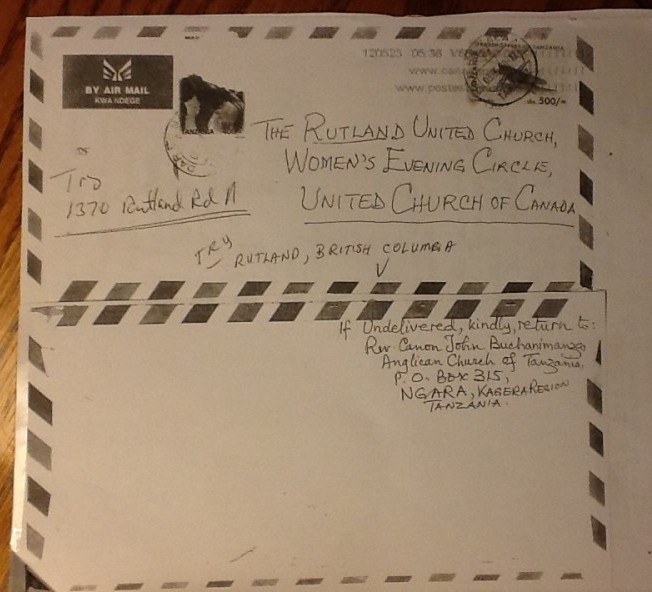 Considering how the envelope was addressed, it is amazing that the invitation got delivered.  Obviously something was afoot, so that Ivy and Irene would make this journey!