In this fifteen-minute news report, CBC News reporter Duncan McCue takes viewers behind the scenes of the Truth and Reconciliation Commission’s National Event in Vancouver held October 18th-21st, 2013.  He includes interviews and scenes from the hearings and other events.

The Closing Ceremony was held in the Panel Area, a space that was made to feel like a longhouse. 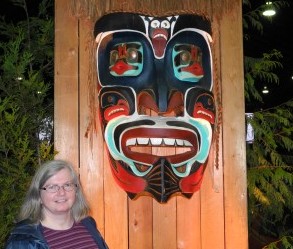 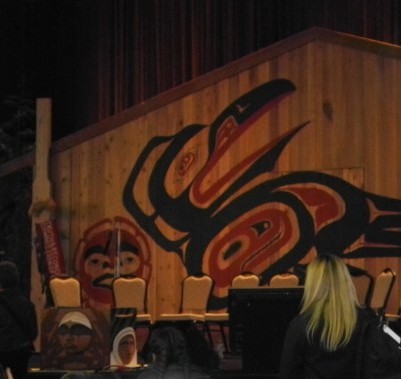 The Bentwood Box into which artifacts and writings are offered as part of the permanent record of the TRC can be seen at the front on the left.

A Birthday Party for Survivors was held during the Closing Ceremonies.  Churches in the lower mainland provided 4,000 cupcakes for the party.  Everyone received a cupcake and glowstick.  While the cupcakes were being distributed, “Happy Birthday” was sung in English and then in as many First Nations’ languages as were present as well as French and in sign language. 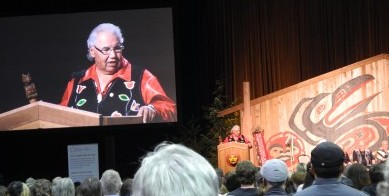